Every house has a story to tell

The Story of Quinta Zacarias is best told by Jan Krielaars, the architect 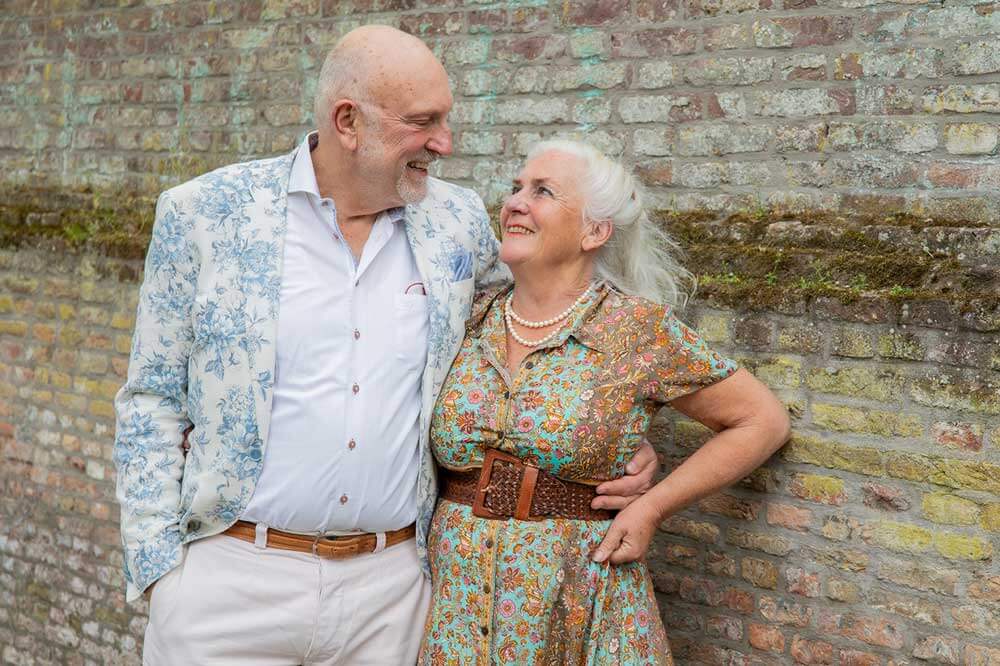 35 years ago I ran into my childhood friend Hans who told me he was looking for ‘paradise’.

I replied: “OK, call me when you find it”. This was as much a joke as a serious question, because I was always up for a trip.

When we were toddlers, my older sister and Hans’ older sister were friends. Sometimes they had to look after us, then we were put in the Box together. We are now talking about 1956/57. Contacts faded when we left primary school and Hans’ parents moved to a suburb of our city.

During the 70s we saw each other again occasionally when Hans started the first ‘Café without beer’ in ‘s-Hertogenbosch: The Tea Garden. Everyone laughed at him, but it was a resounding success. Many alternative locals from that time came. Several well-known pop groups played there at the time. I drummed in a local pop group that rehearsed a little further from this “Tea Garden”.

Hans stopped at some point and then travelled the world in a way that is impossible to describe here.

We met again in a well-known cafe on the street where I later lived, in the centre of our city. He was curious about my house and helped paint a ceiling as if we did it every day and had never been separated.

It was here he said that he would start looking for that paradise……….

As already said: ”Just call when you have found it”.

A year later he calls me to say he found it (paradise).

“No, I’m in southern Portugal. I have already met the locals because a woman is already pregnant with me”

I asked if that was right or wrong. “It’s great. What, it’s amazing!”

At his request, I had to explain what it was like to be a father: “Great”, I said. However, my wife (Anke, who is called Anna Jacoba in Portugal) had not even given birth to our first child. So we laughed about it.

“Can I come and visit you there already?” I asked.

And that marked a new chapter in our lives.

Anna Jacoba and I immediately booked a trip there. We already travelled quite a bit, but Portugal was (and is) astonishingly beautiful. There was no mass tourism yet and Hans lived and worked (as a steward) in the Eastern Algarve and was also an attendant in a gallery in Tavira. Our local travels were done with an old transport bike from Hans’ father.

By that time I was studying architecture and already had an idea of the architecture in Portugal. Hans had arranged a stay at the governor’s house. We visited places and each house was more beautiful than the other.

I said: “I am also considering this”.

“Yeah, I get that, they all say that. Then I go looking and I have found something and then they drop out structurally. So…. So I don’t do that,” replied Hans.

However, six months later he wrote to me that a plot near his home would become available.

We bought it. Hans (also) had a DIY business in the Netherlands. By now he spoke excellent Portuguese and I asked him if he could build or arrange a house for us.

The first house I designed for Portugal was rejected by Hans “I’m not going to be embarrassed, with such a Mediterranean, tourist house” was his reaction. And that, now that I finally had nothing to do with a ‘welfare committee’ or something. Anyway, I felt at the mercy of Hans. The design was extensively modified and we soon had a permit and contractor. The house was built and many pleasant holidays were spent there. In the meantime our family grew to a total of six. Anna and I, including our three sons and youngest daughter.

The first house was at Alqueivinho near Santa Catarina de Fonte do Bispo. Anna Jacoba increasingly found the location of the house in Alqueivinho a bit of a 2nd best choice and actually preferred to be closer to the ocean. She was afraid that at some point our children would no longer find it attractive. We have therefore taken many cycling trips along the coast until a real estate agent, who has become friends in the meantime, called us with a message along the lines of: I now know where an excellent plot of land is located, decide now, don’t wait too long. It is located in Fabrica, 500m from the coastline.

Even though we knew the area, we couldn’t remember the lot itself. We did what one should never do; We bought it from a photo and trust in the broker. Nonetheless, it turned out to be a triple A location. 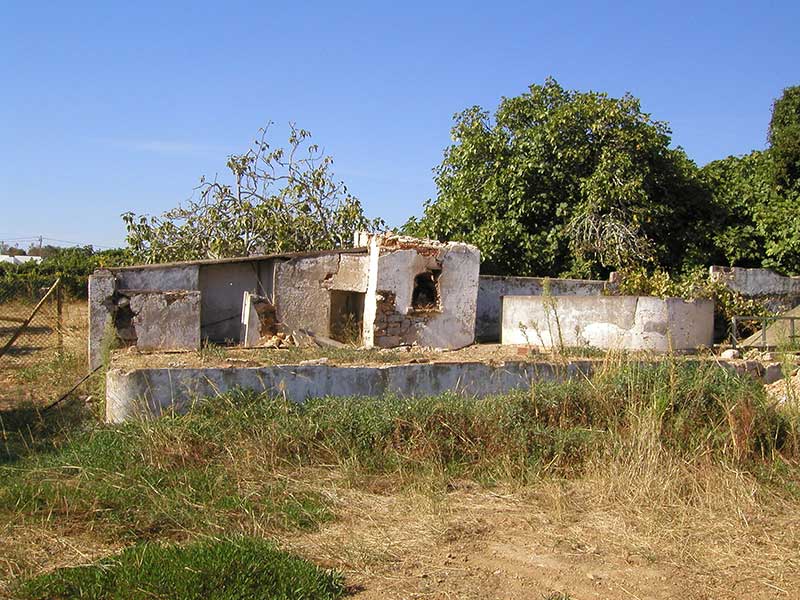 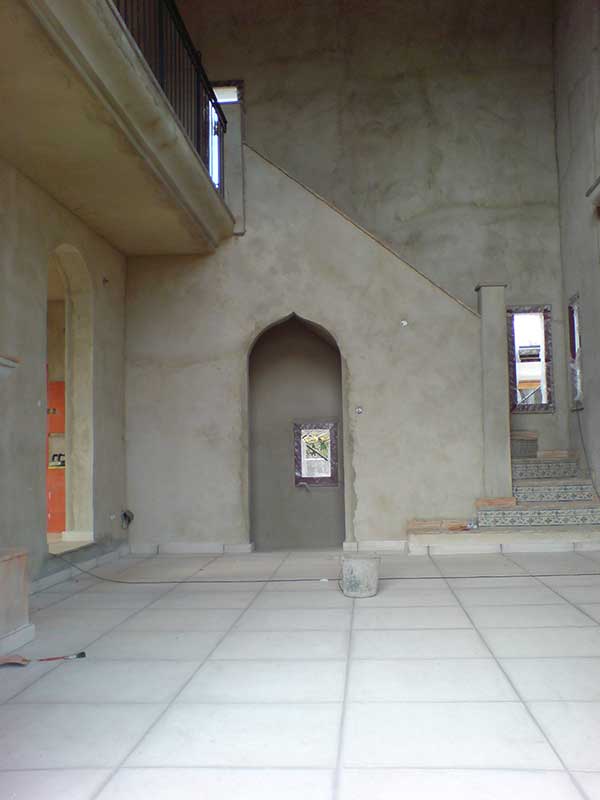 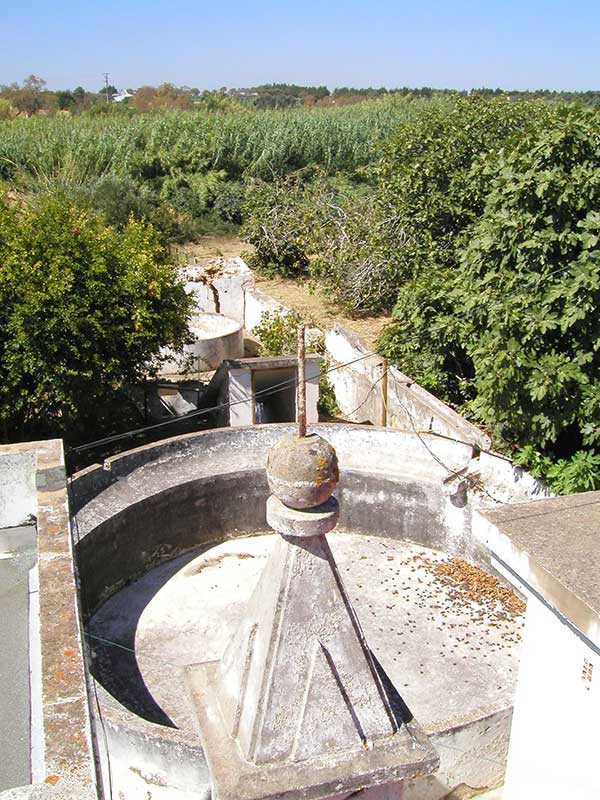 The plot had a well. A nora, where donkeys used to walk around to get the water up. On a visit we thought it had a dog’s carcass floating in it. It turned out to be a palm tree leaf, but the first working name of the project remained: “Well-Dog”.

This is how we started, not suspecting that the plot was located in: 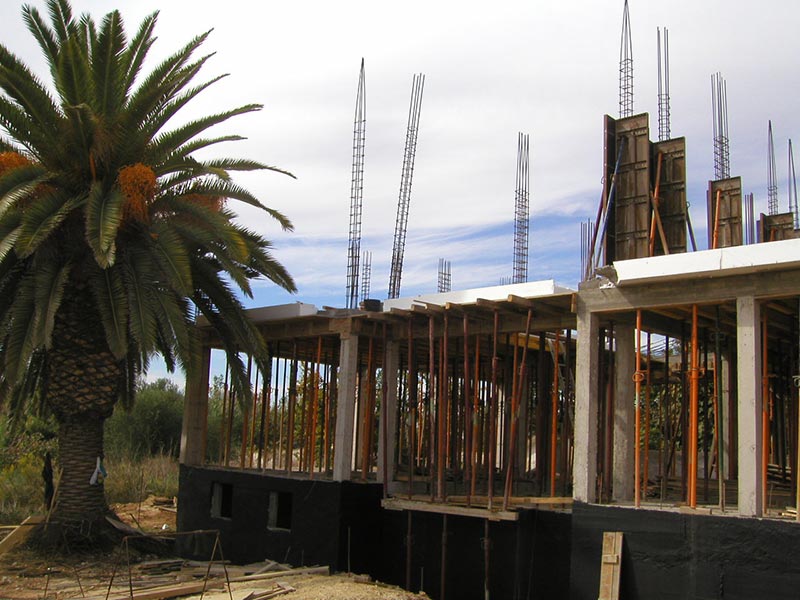 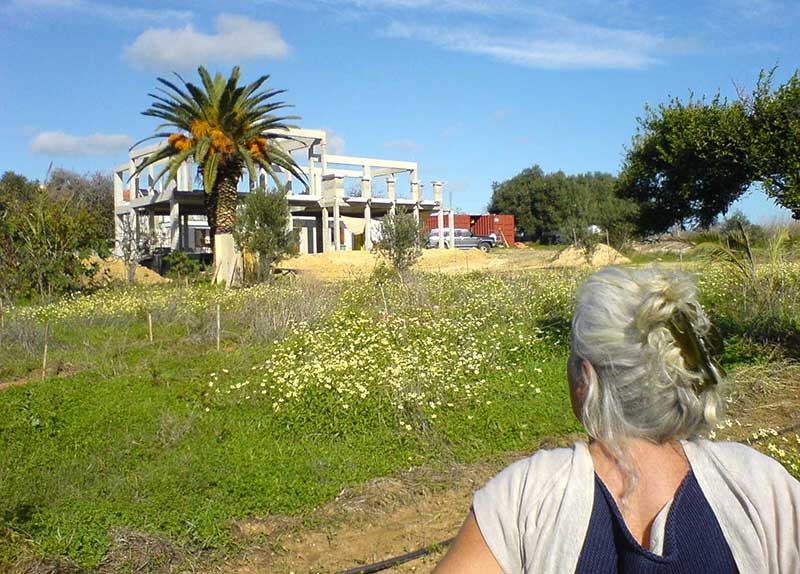 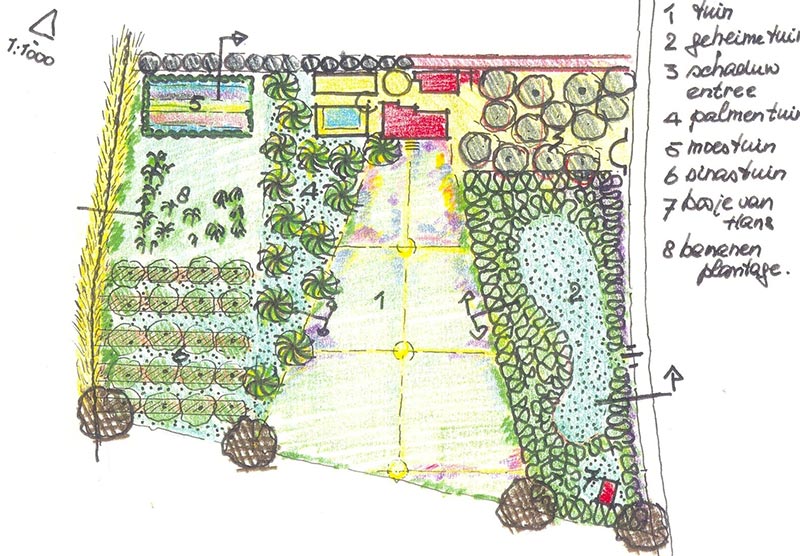 It took 10 years to get a building permit. We went completely through Murphy’s law. Drawings lost on town hall; Too much building mass; a local Portuguese architect friend (who assisted me in the process) passed away; construction halted because….. well, why?

Ria Formosa’s requirement was: If you look through your eyelashes, it must give the first impression that it has been there for 100 years.

So, after all, a committee for welfare. 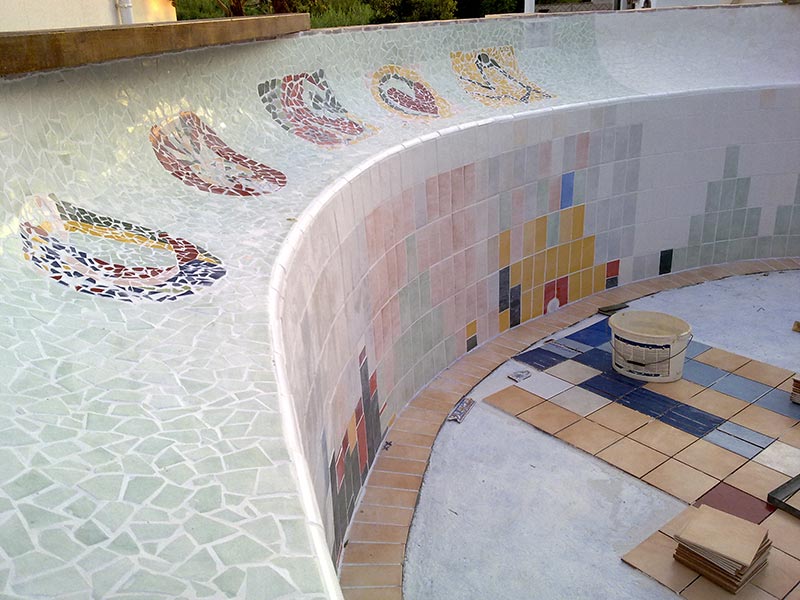 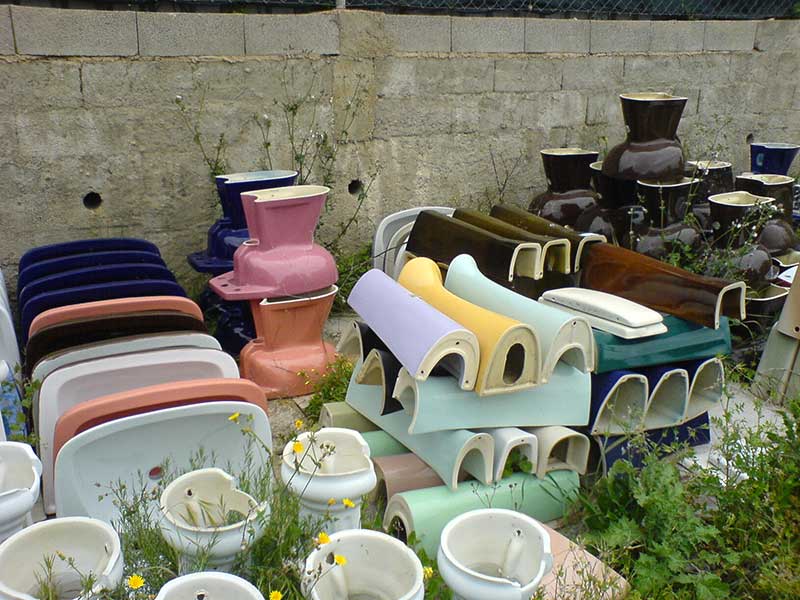 We were definitely only allowed to build on the spot where something had already stood and the height and surfaces would be measured. “Keep that in mind,” said my colleague João Moitinho. The construction of a house nearby (of one of Picasso’s children) had been halted for 10 years because they had trampled on this aspect.

During those 10 years I had quit several times until João’s widow, Ana Paula Carvalho, said that there was now real progress. Ana Paula is a landscape architect who continued João’s office.

Besides the great help of Ana Paula, we had help from other amazing portuguese.

On one of our first visits to Fabrica, we had become acquainted with a couple who had worked in Germany for a while during their working lives. They spoke good German and that was the source for a pleasant introduction to the neighbourhood.

Their son spoke all the languages western Europe and “maybe he could help us with some things”. Eduardo became our fixer. He was more than that, we became friends and he thought along for us. Eduardo (Edu) was able to complete the consultations with government agencies more calmly than I could. 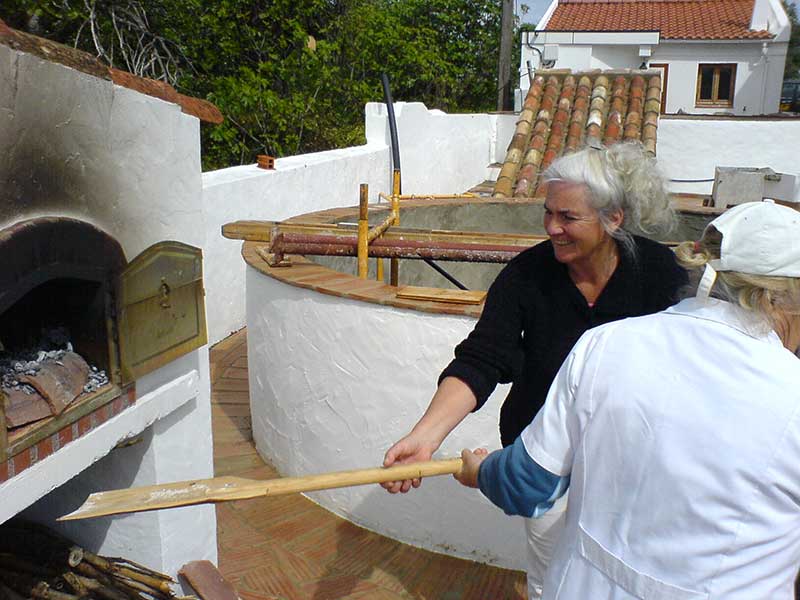 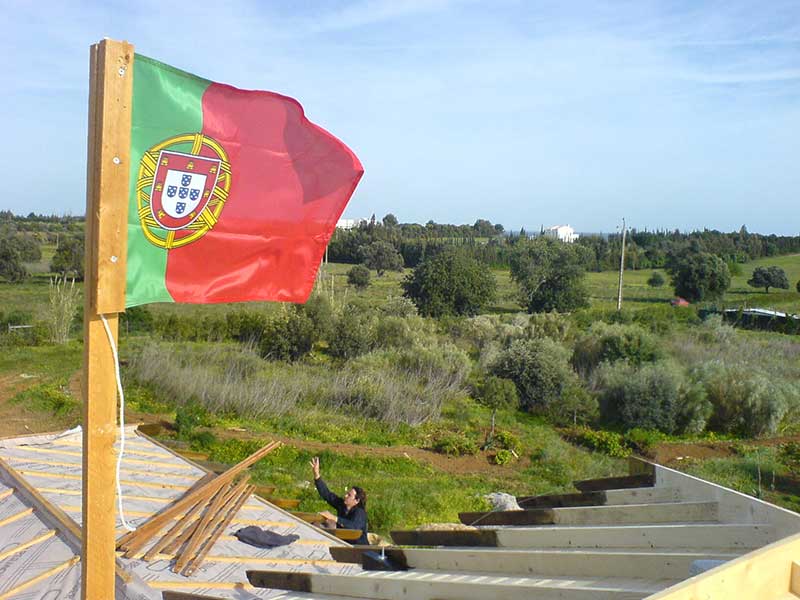 Building was an experience. We moved to Portugal with the aim to speed up the building process. We had the plan to live here permanently. Our children now went to school in Tavira. The schools had a lot of dropouts and it didn’t give us the success we expected. So after a year we emigrated back, even though the construction of the house was in full swing.

The rest of the story will follow over the years. The house is there. And we are happy and proud that we persisted, thanks in part to the widow of my colleague João Moitinho: Ana Paula Carvalho


All pictures and drawings on this page are of the new plot of Quinta Zacarias.

Back to about us